Nyankhnefertem, also known under a shortened version of his name – Temi, was a courtier responsible for meals and clothing of his monarch, and also a priest at the pyramids of two Old Kingdom kings. His tomb, situated next to that of Merefnebef and constructed only slightly later, is as beautifully decorated. Because its relief decoration has never been completed, we can observe subsequent stages of ancient artists’ work. 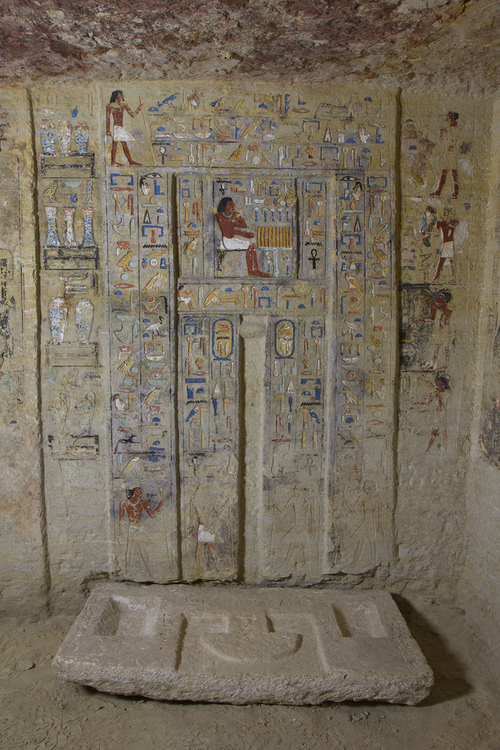 One of four false doors and the offering table in the tomb of Temi. 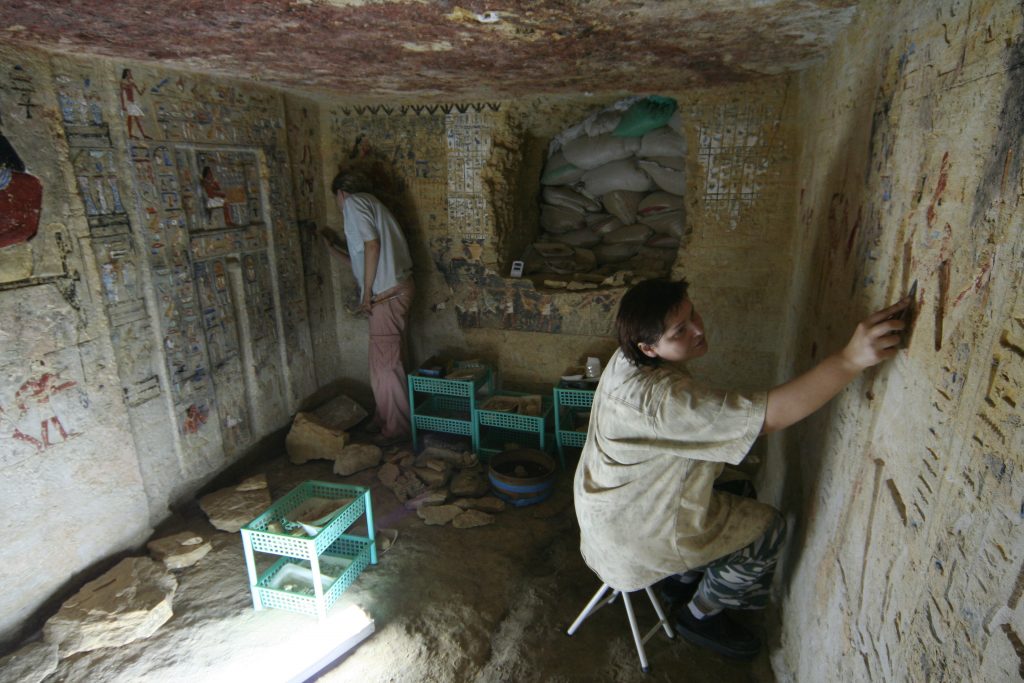 See also an extensive description of the tomb on Osirisnet.