One of the largest mastabas in this part of the necropolis belonged to an inspector of the Great House named Hetepu. The mastaba has been prepared for two persons; the northern shaft contained remains of a male, probably Hetepu himself, while in the southern one remains of a female, possibly his wife, were found. 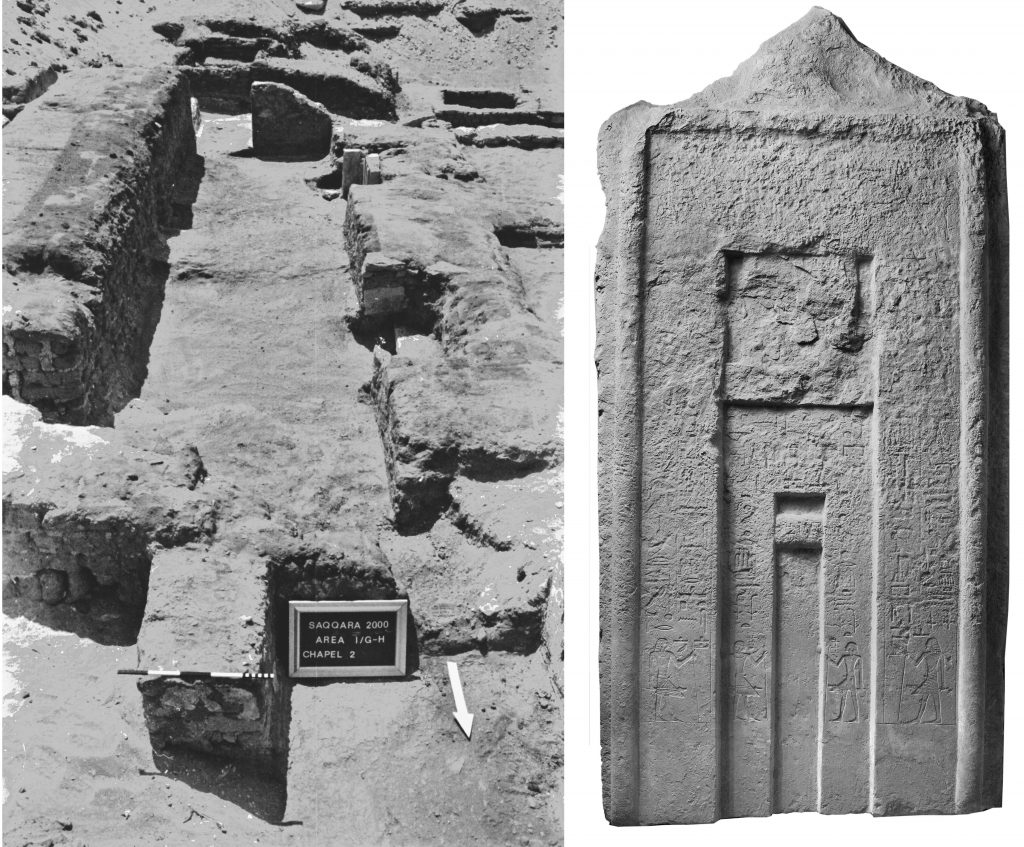 Left: Remains  of the chapel in the eastern part of the mastaba of Hetepu.

Right: Limestone false door of Hetepu that was originally placed in the northern niche of the chapel. In later times, it has been used to cover one of the burials of the Upper Necropolis.