Ancient Memphis, located c. 30 km south of modern Cairo, was for three millennia one of the most important Egyptian metropolis. First, it was the royal residence and when the capital was moved to different locations, such as Thebes and Alexandria, Memphis remained the so-called “second capital” with its magnificent palaces, temples and state offices. To the west of the city and on the edge of the desert, an extensive cemetery, the so-called Memphite Necropolis, was established, stretching from Abu Rawash to the north and to Dahshur to the south. Saqqara, situated nearest to Memphis, was the oldest and most prestigious part of this necropolis. It is also one of the largest and most important archaeological sites in Egypt. The Polish-Egyptian Archaeological Mission Saqqara works in the area extending west of the funerary monument dedicated to King Netjerykhet (Djoser), which includes the Step Pyramid – the world’s oldest monument of such kind. 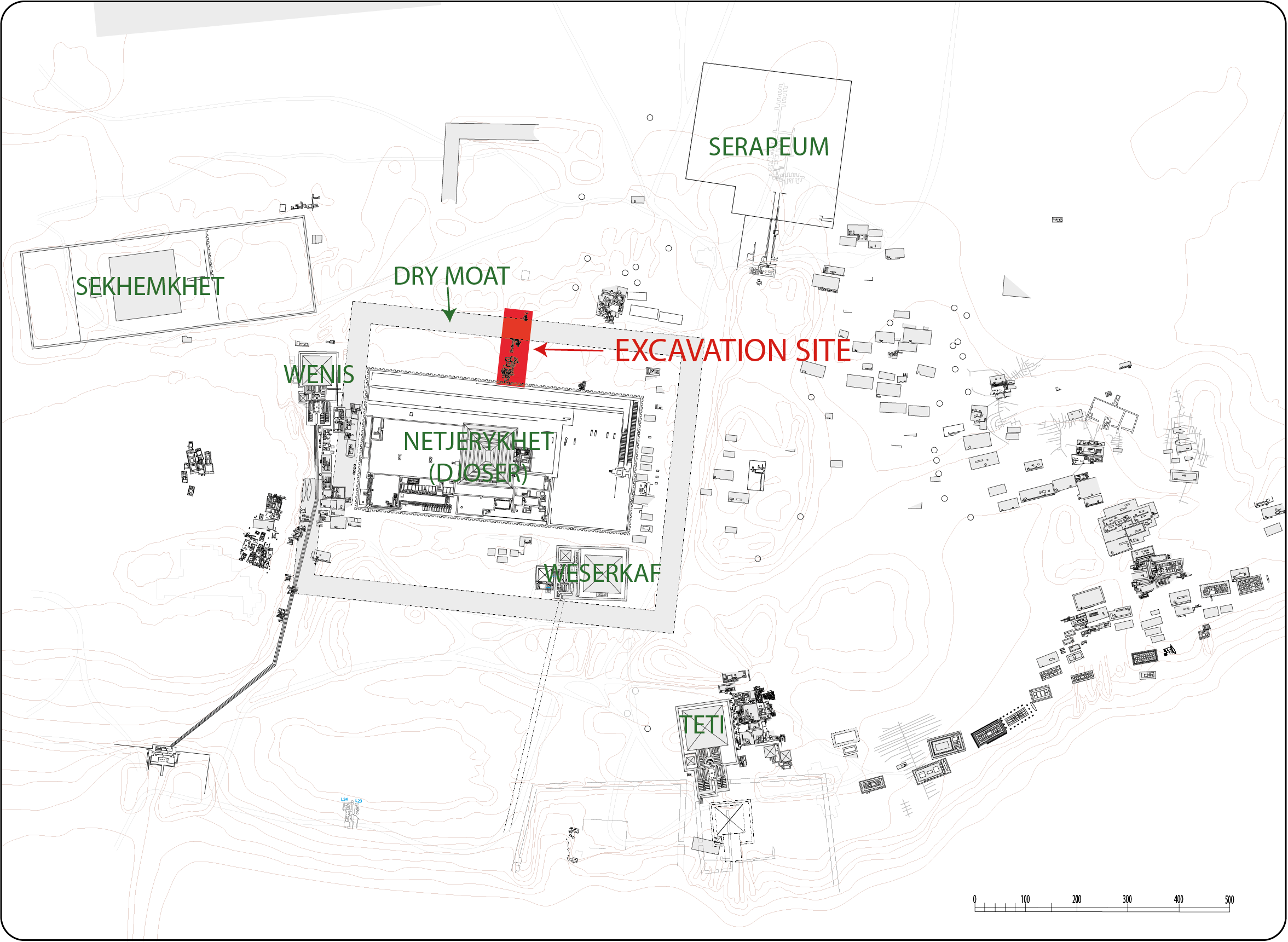