Merefnebef was a courtier in the service of two kings: Teti and Weserkare (ca. 2305-2276 BC). From a man who assisted the king in his morning toilette, he became the most important official of the state: the vizier; then, his career ended as suddenly as it started. His tomb, richly decorated with polychrome reliefs, is a testimony to the stunning career and turbulent family relationships of its owner, but also to the artistry of ancient Egyptian sculptors and painters, as well as professional skills of Polish conservators. The first volume of the Saqqara monographic series is dedicated to this tomb. 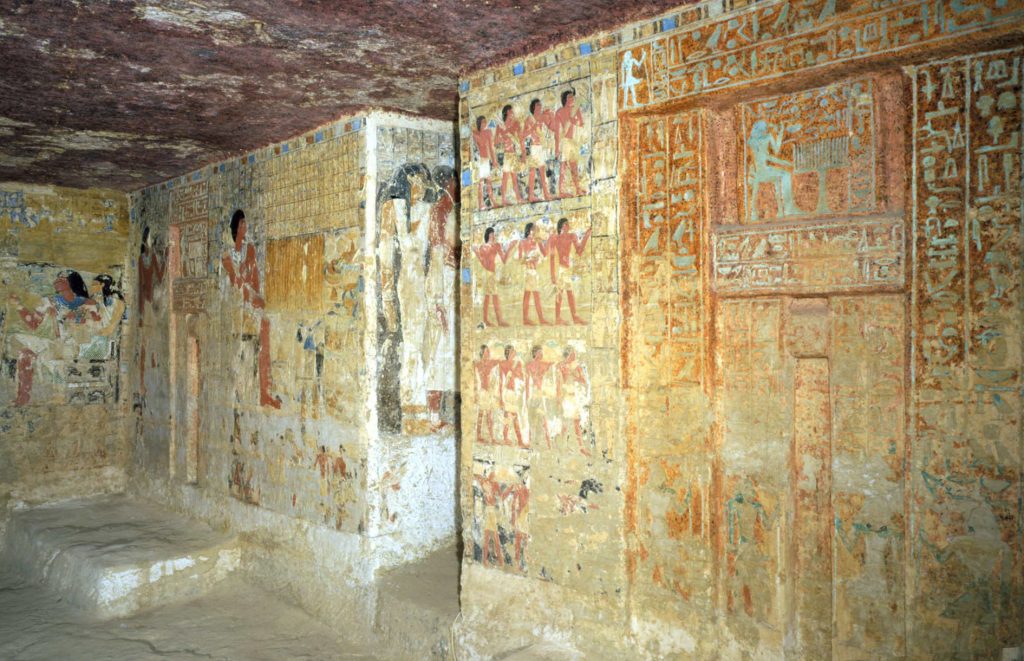 The interior of the Merefnebef’s lower funerary chapel, with a splendid relief decoration. 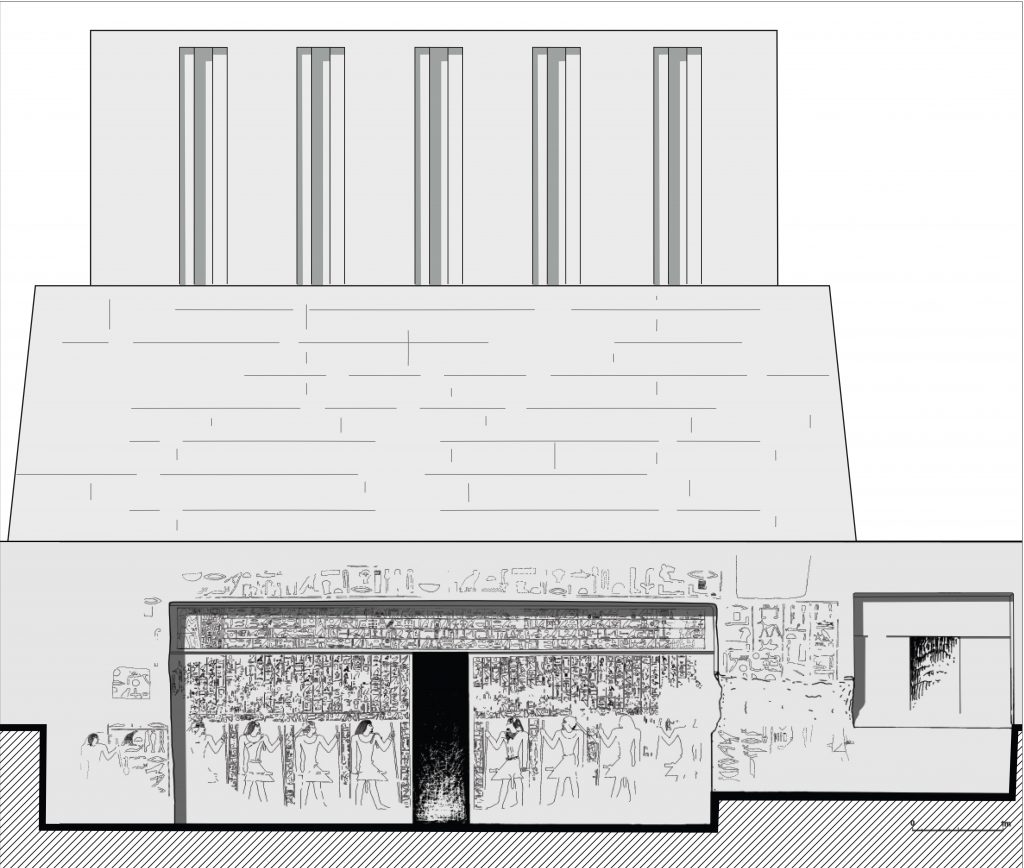 The tomb of Merefnebef consists of two parts: the rock-cut lower chapel, decorated with polychrome reliefs, and – built above it – mud brick mastaba with an additional cult place for the vizier.

See also an extensive description of the tomb on Osirisnet.