The general and God’s Sealer, Ikhi, led expeditions sent by Pepy I (ca. 2276-2228 BC) to foreign countries; one of them headed probably for Punt (a half-legendary land situated in today’s northern Ethiopia, Somalia and Eritrea). Together with his son, who accompanied him during the expeditions, Ikhi has been buried in the tomb hewn in the western bank of the Dry Moat. So far, we have not succeeded in reaching his burial chamber, situated at the bottom of an almost 20m deep shaft, but we will aim to achieve it during future campaigns. 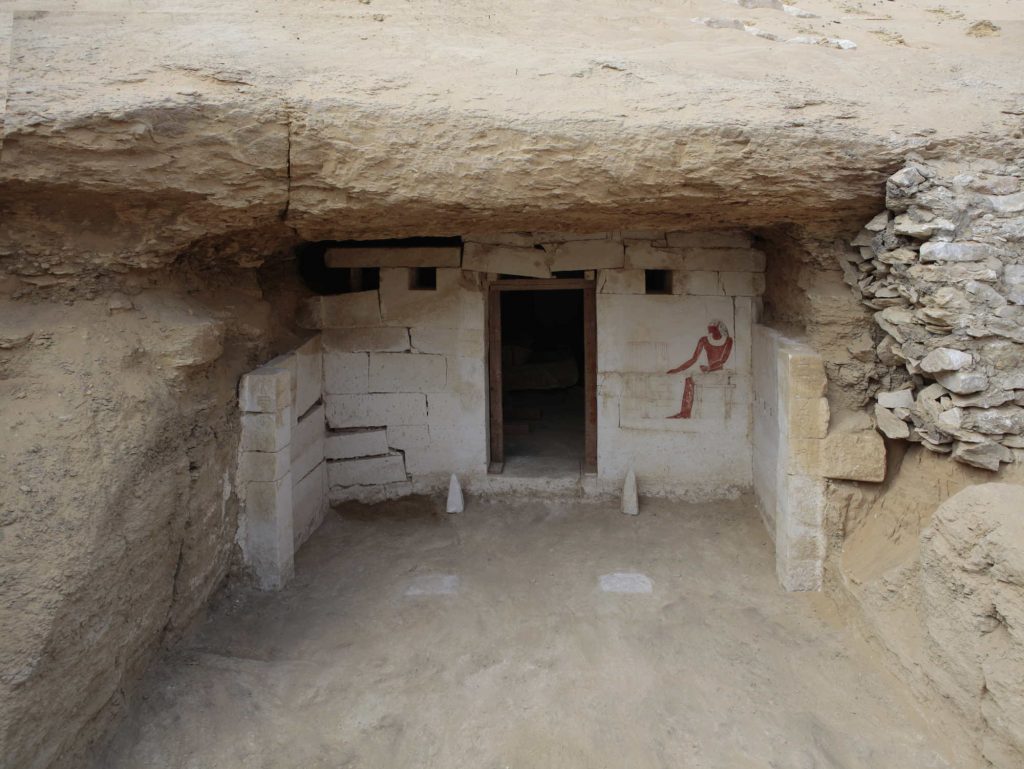 The façade of the rock-cut tomb of Ikhi has been built of blocks of fine, white limestone; it has been partially decorated with relief but left unfinished. The chapel was entered through a two-pillared portico and the entrance itself was flanked with two small obelisks.

Reconstruction of the Ikhi’s tomb: the rock-cut chamber was supplemented with a portico and walls built of limestone blocks. Two cult places were provided for Ikhi himself (in the rear chamber) and for his son (in the front chamber).